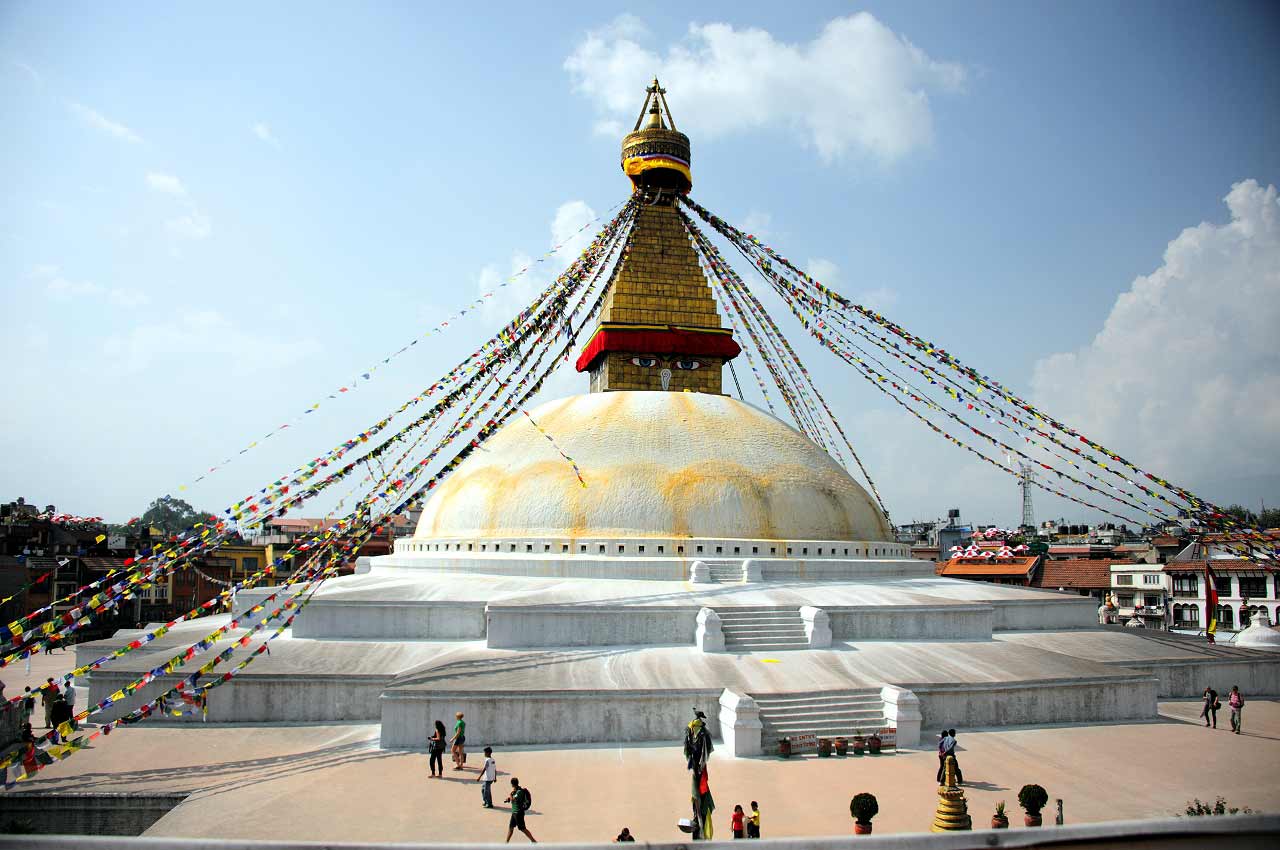 Microspikes. They’re not really designed for deep snow or slopes, but they help a lot.

As you will certainly know, in 2014 snowfall brought by Cyclone Hudhud gave rise to a disaster in the Annapurna region of Nepal. In 2013 a similar snowfall happened and blocked many high passes. Philippe Gatta, a French endurance athlete trying to run the Great Himalaya Trail called off his attempt (video) as many passes he’d still to attempt were blocked with snow.

This year less snow fell than 2013 but still a considerable amount in a short space of time. The Larkya pass is not a dangerous one. It has negligible avalanche risk and no real dangerous sections. It’s a steady up and a steady down. Everybody passed last year without incident, but there was plenty of slipping going on, not least for the mules carrying the baggage, and this is not pleasant. We had some none-slip studs for shoes which we handed out, but what was really effective were shoe chains or microspikes. They are absolutely perfect for this pass crossing.

This year we’ve sourced a batch of micro spikes from a local supplier for those that don’t have already so you can cross the pass with limited slip. 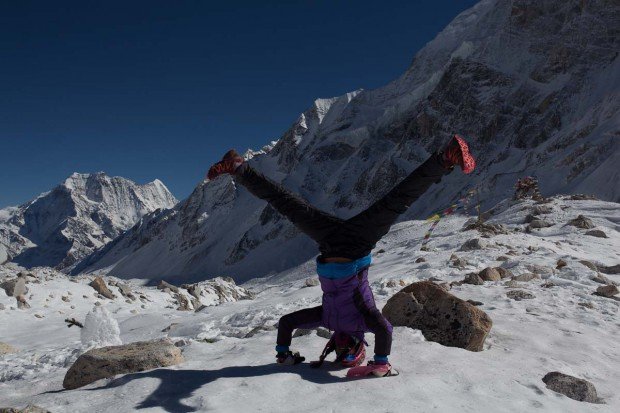 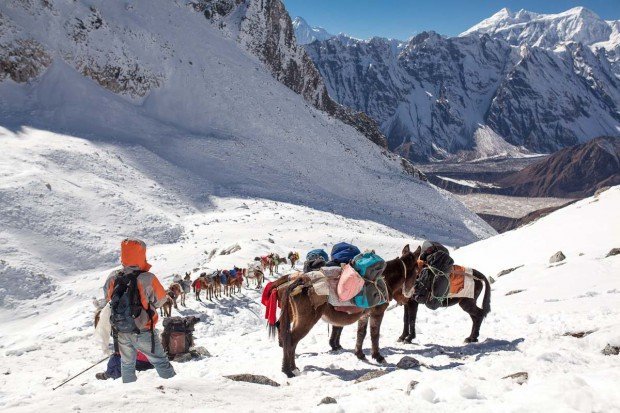 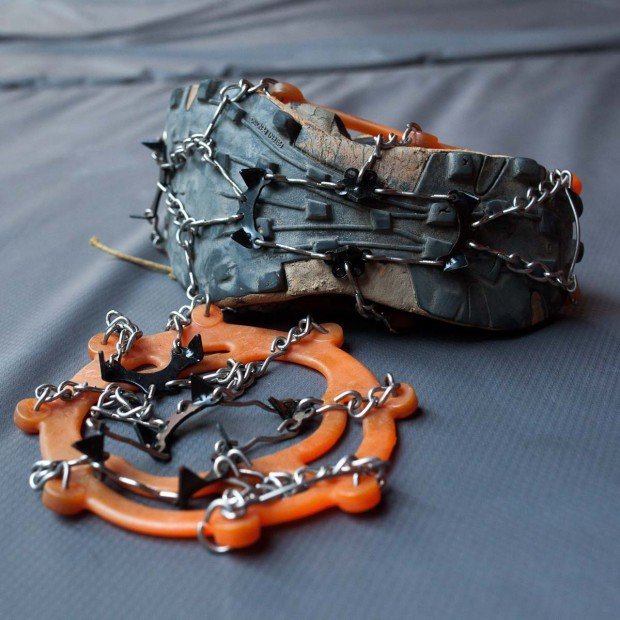 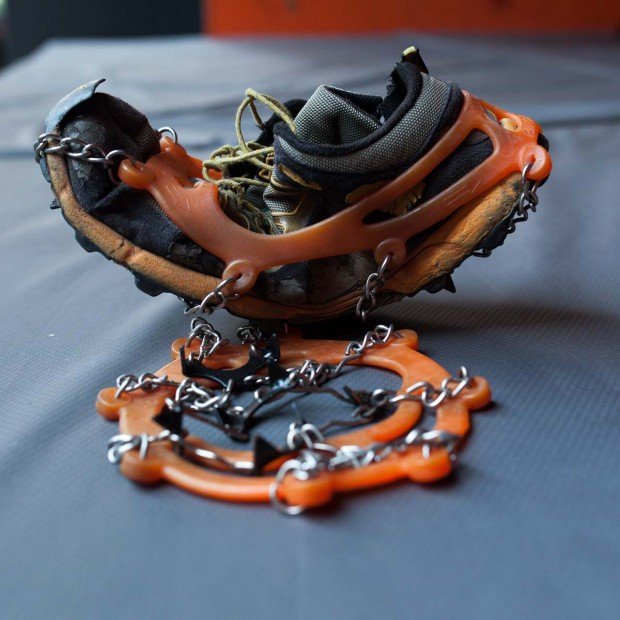 For those trekking, if you need to buy, then you can find in Snowland Trekking which is in a small alley under Potala Hotel, close to OR2K restaurant in Thamel for around Rs 1000 – 1500 (USD 10-15) depending on the type. Absolutely worth it. Necessary for your own safety and others. Snowland is a manufacture of other trekking equipment like jackets, sleeping bags etc. 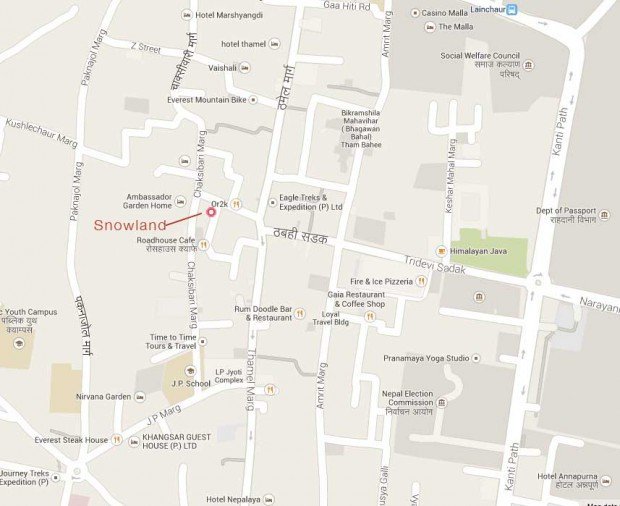